Secure your spot & get started today with our EXCLUSIVE online offer!

By opting into the web form above you are providing consent for Training Grounds Martial Arts to send you periodic text messages. Standard rates may apply. You can reply HELP at anytime or learn more. You may opt-out anytime by replying STOP. 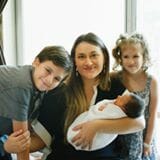 After many failed attempts I am thankful we finally found an extraordinary academy for my son! Teachers are amazing and dedicated, they really bring out the best in the kids. Its not only martial arts, but team work, friendship, discipline and becoming overall a better person, I've never seen my son so proud and committed! We LOVE The Training Grounds! Mr Frye you are awesome 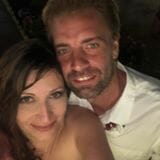 Love this place for my son! I signed him up for the 6 week trial and he tells me he loves it so much that he wants to go every day...LOL. He is so excited to continue on this journey and one day get his black belt! Thank you for making his experience worth it! 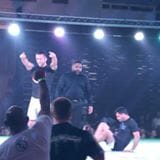 Great atmosphere and fun for all people of all ages. You’ll love it! 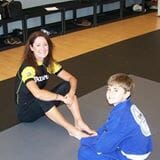 Such a great place for fitness and fun with friends all while learning how to protect yourself from being a victim in a challenging but safe environment. This is the best place to train in this entire area! 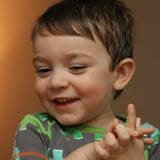 Great place, awesome instructors, and my son absolutely loves it! Thanks for all you do coaches! Highly recommend this place!!! 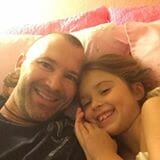 Training Grounds is a truly special group of people learning some LEGIT self defense and martial arts skills. The owner, Joshua Frye, teaches many of the classes himself. He has an impressive pedigree and many years of experience in Martial Arts and Krav Maga. Coach Josh does a fantastic job of keeping things fun, but at the same time keeping classes focused and practical for real life application. Josh and his instructors teach every adult class to a wide range of skill levels and challenges them all. Attending any of the classes also gives students FREE access to Fit 4 Combat, a High Intensity Interval training program to help prepare students physically for potential combat and overall fitness. I have a great deal of respect for all of the instructors knowledge, teaching styles and most importantly the atmosphere they have created. This is a special place and I'm proud to be a part of it. 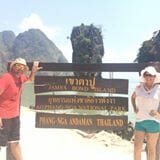 A great place to go and learn something new while getting in shape. All the coaches are truly fantastic. They care about what they do and how they teach. They love teaching you martial arts the proper way. There are no egos on the mat. Even the people who are higher rank and have been there for sometime welcome you and are always willing to help teach you the proper way. This is possible only from what Joshua Frye the owner has taught each of us. Everyone is like family. So if you are looking for a great place to go and learn something new come check out training grounds. You won’t be disappointed. 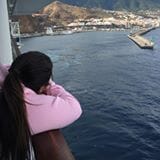 If you want to learn real life self defense techniques then this is the place to be. Not only do you learn ICCS Krav Maga, Kickboxing and Brazilian Ji Jitsu but you gain a mat familia! Coach Frye has put his heart into this place and it shows when he's teaching the class. All the coaches motivate you to become the best version of yourself while making sure you learn techniques so you can go home to your family. All the members treat you like family - from day one they welcome you with open arms. This is the best place to train!

Request information today to learn more about our programs!

How to Avoid a Fight

A message from Sharir R, ICCS founder and Head Instructor

Often, I get asked “what is the best way to avoid a fight?”

– situational awareness. Be aware of your surrounding area. By being alert to what’s going on around you, most fights can be avoided from ever starting. An attack is hardly ever random, the attacker always chooses his victim. One of the main things the attackers search for, is someone who isn’t aware of the world around him.

– The second part of avoiding a fight. is by training your body and mind to fight. If you want peace, prepare for war. Unless a person has a death wish, he won’t start a fight that he thinks he can’t win. Usually trained fighters project a “don’t mess with me” vibe. That vibe turns you into a hard target. People can feel that, and in most cases, will move on to look for someone else to fight And, in the few cases the bad guys won’t move on, let your training kick in, and make them regret it.